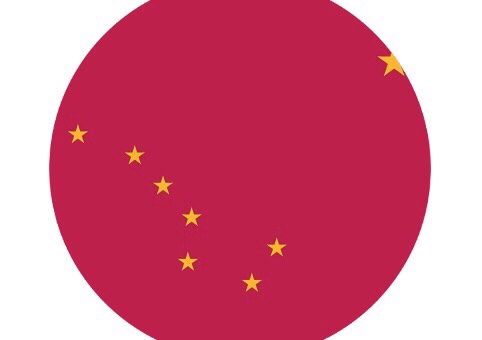 Recently playing the classic Metal Gear Solid for the PlayStation had me daydreaming and wondering about the history of the real Alaskan Peninsula Islands the game is said to take place on. Upon reading the Peninsula’s history I stumbled into a forgotten chapter in World War Two history and by re-examining the past I find new perspective of where we are in America today.

The fog never seems to end on the Aleutian Islands in the Alaskan peninsula but the low visibility has never seemed to slow nomads and explorers throughout history. Even at times acting as a strategic cloak or even a blanket burying the remains of soldiers long since forgotten.

Most of the islands themselves now belonging to the U.S. state of Alaska. While some farther west belong to the Far Eastern administrative district of Russia – known as Kamchatka Krai.

But hundreds of thousands of years before oil rigs, English colonists, Russian traders, merchants and Christian missionaries danced across the isolated piano teeth islands, the archipelago itself acted as Gaia’s horizontal ladder between worlds. The only land linking the continents of Asia and North America.

But it wouldn’t be the last time North Americans and Asians would find themselves co-occupying the territories for better or worse.

For gamers this setting would be most familiar with Metal Gear Solid fans. With the original PlayStation, writer Hideo Kojima realized that the 32-bit technology finally had caught up with his story telling and he aimed to redo and expand on his original MSX game, Metal Gear. He saw the updated technology the perfect platform to expand on the game’s lore and story in a more cinematic manner.

He wrote the entire game taking place on the fictional Shadow Moses Island. An island that is said to belong to a part of the real Fox Island Archipelago in the Alaskan Peninsula. Foggy year round, the adverse weather makes the destination extremely hard to navigate and naturally isolated.

But unlike Kojima’s fictional military conflict set in 2005 a real conflict unfolded between the United States and Japan in the same area sixty years before.

June 3rd 1942 began the Aleutian Island Campaign in the American and Pacific Theaters of World War Two. In only the second invasion of American soil ever, the campaign saw a small force of Japanese soldiers occupying two small islands on the archipelago.

Both Attu and Kiska islands, two of the westernmost islands in the territory of Alaska were occupied by Japanese forces. The Japanese reasoned that control of the Aleutian Islands would prevent the United States from an attack across the Northern Pacific.

At first very little changed for the Unangans (the indigenous people living on the islands) under Japanese rule but that would soon change. Many Unangans would be captured by the Japanese and shipped to Hokkaido where they would be kept in internment camps in harsh conditions. Fearing the Japanese advance the American government forcibly evacuated the remaining Unangans into internment camps of their own where many would die due to exposure of Measles and Influenza. It would take nearly eighty years for the United States Government to formally apologize for the internment and treatment of their people.

At the time the American and Canadian fears were growing to a fever pitch. They feared having most American troops already in engaged in the European and Pacific theaters of the war that there wasn’t a lot to stop the Japanese from moving up through the peninsula and overtaking Anchorage, moving south to Vancouver and ultimately settling in Seattle, Washington.

The Japanese opened up the aggressions with bombing Dutch Harbor in the city of Unalaska, Alaska. The aerial bombing which made use of the foggy weather conditions as cover lasted over two days – the second of the two days being much more effective – leaving a burning hospital, oil storage tanks and a breached barrack ship left burning in their wake.

140,000 American and Canadian troops were sent to the islands to meet the Japanese. Rugged terrain and ruthless weather would have devastating effects on both sides of the war effort. By March of 1943 a Japanese fleet was engaged in the naval battle of the Kormandorski Islands. One that would cut off Japanese supplies to the Imperial ground troops on the island indefinitely. Setting the stage for the largest forgotten battle on United States soil ever.

On May 11th 1943 – “Operation Landcrab” began with the sole objective of recapturing Attu island from Japanese forces whose numbers only estimated around 8,000. Japanese forces despite being outnumbered and outgunned held the higher ground while Allied forces struggled with booby traps and frostbite.

Finally on May 29th following fierce entrenched combat the Japanese without warning led the largest banzai charge recorded in the Pacific theater. Led by Colonel Yamasaki the charge penetrated Allied forces so deep they wound up face to face with American rear-echelon support troops. The fighting that commenced there after was barbaric. Furious Hand to hand, face to face battle. Completely outnumbered, the Japanese troops were virtually exterminated.

Shortly thereafter Allied troops landed on Kiska island only to find it abandoned. Under the cover of fog the Japanese chose to remove their remaining troops from the area. Like ghost ships drifting back to the expanse of the sea the forgotten battles were now left to the mercy of time and history books which would bury them soon enough.

In a foggy, frozen hell hole killing one another with their bare hands it would surely seem unthinkable to both American and Japanese soldiers that less than fifty years later both countries would be incredibly close military and economic allies.

But a theme Kojima constantly reminds his gamers of is that the enemies and politics change yet the battlefield remains constant. Despite a time period’s politics and conflicts – despite yesterday’s rivals making todays greatest allies – despite what propaganda and claims of righteousness on either side of a battle may be – war is just as barbaric as it ever was.

After all of the decision makers and mouth pieces lay down and go to sleep at night it still all ultimately comes down to men and women – human beings – brutalizing and killing one another over an ever changing political landscape and societal policies that are bound to change soon enough on their own.

After the war the wounds began to heal and culturally the times changed as they always seem to do. With the increase in trade, the meteoric rise of the internet, video games, anime and more the love between our two cultures has never been stronger. I, like millions of other Americans LOVE everything about Japanese culture and Americans and American influence is met with an equally enthusiastic adoration in the Far East.

In a particularly heartbreaking week following the senseless murders of eight people in Atlanta – six of them women of Asian descent – it’s imperative for us as a melting pot to mourn the senseless loss of life together and to be angry on behalf of the victims together but most importantly use this time to embrace one another more than ever. To reach out to one another. To love ourselves and each other. To not let the despicable actions of not just this psycho but any racist shit head divide anyone.

To use our common loves as a constant reminder that we all are human beings and none of us are alone in this world. Sometimes the news cycle can make it look bleaker and darker than it is – but seeing the propaganda and history of the past one hundred years – even if we have a ways to go – we’re still heading in the right direction. Together. -CS

If for some reason you’d like to read more of my thoughts or follow me on social media: https://linktr.ee/BuffaloRetro

What Tarantino movie would you like to see be made into a game?
This game reminds me of @xmysticmassacre 😂 The Sims for the #playstation2
The millisecond I follow back I get that “Hi” message. #twitch
I was talking to a friend on here the other day and they said they enjoy seeing my PlayStation 2 posts because it reminds them of their dad and that really struck a chord with me. It’s sweet and endearing to think that pictures of our collective past can inspire such different emotions for each viewer. Anyways, here’s the bastardized version of Call of Duty: World at War. They pushed this through as a late ps2 release - but it’s nothing like it’s much more successful #ps3 counterpart.
This game case is beat to shit. I got this with my ps2 a long, long time ago. Still my favorite anti-hero of all time. Max Payne for the #ps2
Twenty years ago sports gamers would have the most diverse selection of Football games they would ever have on the #playstation2 But which one was best? Visit the link in my bio/story to find out. #madden #nfl #football #gaming #sega #nflgameday #nflqbclub #brettfavre #donovanmcnabb #daunteculpepper #randymoss #mossed #charleswoodson #sports #athlete #esports