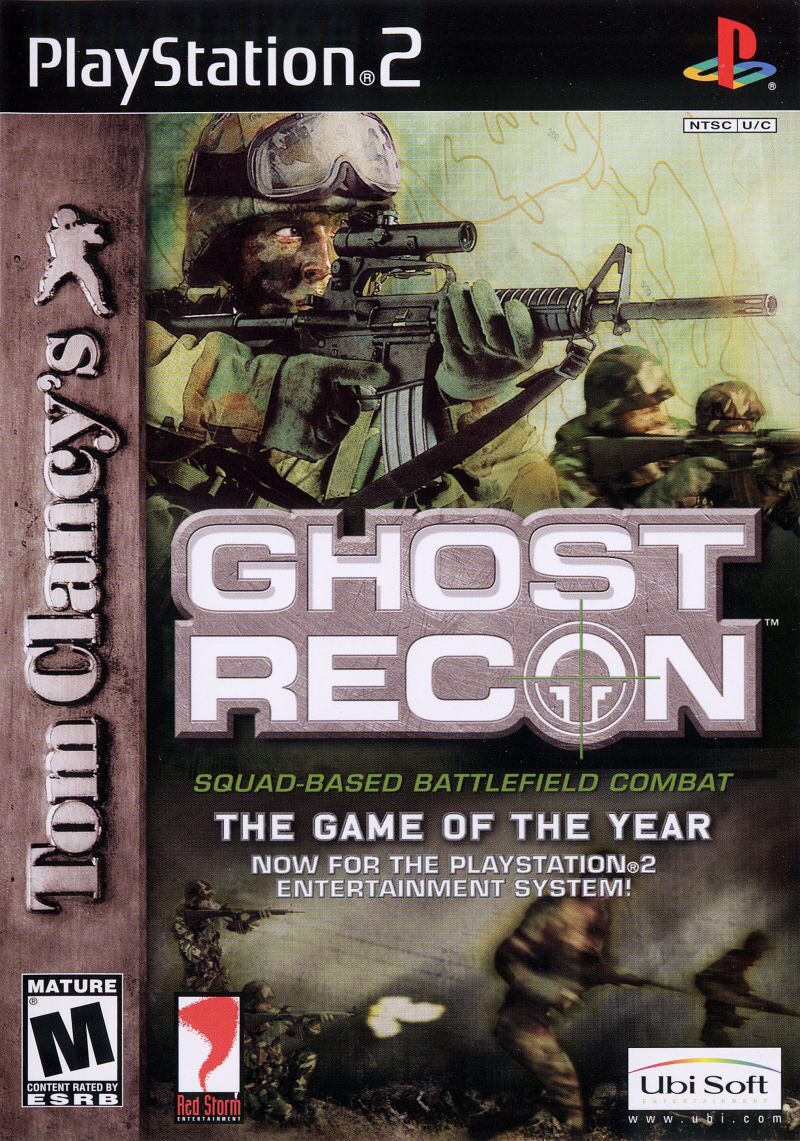 So today we will cover the very first Tom Clancy’s Ghost Recon game and how it predicted (down to the year) the Russo-Georgian War. But first a quick overview for those unfamiliar with the game series and writer, Tom Clancy.

Tom Clancy’s Ghost Recon was released in 2001 for PC and ported to consoles in 2002. While the game series is one of the only games under the Tom Clancy brand umbrella not based on an actual Tom Clancy novel it still does a fairly decent job guessing a geo-political crisis in the near future.

Tom Clancy was a best selling author who more than likely has written something you’ve either read, watched or played. The Hunt For Red October was his first novel. Patriot Games, Clear And Present Danger and The Sum Of All Fears all became commercially successful films based on his novels as well.

The Ghost Recon video game series began development in the late 90’s into the early 2000’s and unlike Rainbow Six is not based on a specific story by Clancy but just his tactical/military based body of work.

Tom Clancy’s Ghost Recon is a tactical shootervideo game developed by Red Storm Entertainment and published by Ubi Soft in 2001 for Microsoft Windows. It was ported to Mac OS, PlayStation 2and Xbox in 2002 and to the GameCube in 2003. Ports for N-Gage and Game Boy Advance were planned, but later canceled.[6]Unlike Clancy’s other tactical shooter series, Rainbow Six, Ghost Recon is not based on any of his books.

Red Storm is an American video game developer founded by Tom Clancy and his manager, Doug Littlejohns (which is one of the most ridiculous last names I’ve ever heard).

It was also published by juggernauts, Ubisoft. The Montreal based company that has also published all other Tom Clancy titles, Far Cry, Assassin’s Creed, Just Dance, Rayman, Prince of Persia, Watch Dogs and many other titles.

Ghost Recon takes place in the near future (at the time) 2008. An ultra nationalist groups seizes control of Russia displacing its current democratic leaders and begins taking back land and countries lost during the soviet collapse. Russia quickly seizes Ukraine, Belarus, and Kazakhstan and declares itself the RDU (Russian Democratic Union) and sets aim on its neighboring Georgia.

“The Ghosts” are a fictional ultra elite United States military squad first called in to stop Russian backed rebels in Georgia. The rebels are South Ossetia separatists but what makes this case and game particularly interesting is the coincidence of time between the game itself and the Russo-Georgian War.

But to understand the significance of the coincidence we first have to look into the history of some of the parties involved and what better way to start than examining the modern day history of the gorgeous country of Georgia.

Considered a frozen conflict zone (Disputed conflicts and territories left over from the Cold War) Georgia has had two internationally recognized territorial disputes. One with Abkhazia and another in The northern part of the country with South Ossetia separatists. Were going to focus on South Ossetia.

In short, South Ossetians helped overtake the Democratic Republic of Georgia and in April 1922 were rewarded their own separate autonomous administration called the South Ossetian Autonomous Oblast. Leading up the collapse of the Soviet Union, Georgian nationalism was at an all time high during the push for independence from the USSR. Tensions flared between the sides – with Russian backed South Ossetia and Tbilisi at odds.

All a powder keg which would eventually explode in 2008 during the Russo-Georgian War. The war lasted only twelve days and is notable that it is considered the first war in Europe during the 21st century. It was also the first war to feature cyber warfare as well as traditional military means.

After almost two weeks the French negotiated a cease fire between the two sides successfully but not unlike Crimea in 2014 Russia has occupied the territory since 2008 breaking the rules set in place for the existing cease fire.

That both the conflict in the game (between Russian backed Ossetian separatists and NATO backed Georgian military) and the real Russo-Georgian war both break out in the year 2008. The game effectively predicting the conflict seven years in advance.

The one thing the game did get wrong?

If for some reason you’d like to read more of my thoughts or follow me on social media: https://linktr.ee/BuffaloRetro

2 thoughts on “The Art of War ii: That Time Ghost Recon Predicted War”

NASCAR Heat 2002 for the #ps2
Driver for the #playstation
It’s only three feet of snow in like six hours. No big deal.
What Tarantino movie would you like to see be made into a game?
This game reminds me of @xmysticmassacre 😂 The Sims for the #playstation2
The millisecond I follow back I get that “Hi” message. #twitch