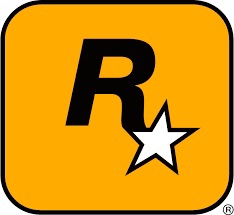 Rockstar is rumored to be remastering all three ps2 era Grand Theft Auto games and I’m fucking sick of it.

“Currently, the idea is to release the remasters in late October or early November, for literally every format possible, including Xbox One, PlayStation 4, Nintendo Switch, Xbox Series X/S, PlayStation 5, PC, Stadia, and smartphones…”

Rockstar itself who has spent the past couple years being bombarded by gaming communities for not releasing any new Grand Theft Auto games doesn’t seem too worried to rehash and recash in on their older adored titles – it was announced last year that seven year old, GTA V had still generated close to 1 BILLION dollars in revenue for the company.

It was also announced by Rockstar’s parent company, Take-Two Interactive that there would be three older titles being remastered for current and next gen consoles. Rumors circulated at first that at least one of them would be the original GTA 3 – Which to its credit, ushered in an entire generation of open world games but website, Kotaku recently reported that not only is GTA 3 one of the next remastered titles but all three titles will be Grand Theft Auto titles (Vice City and San Andreas, as well).

GTA: San Andreas has already had its remastered treatment.

And let’s be honest – despite Ray Liotta’s brilliant voice acting, Vice City is an inferior game in comparison to San Andreas.

So why is this bad news? It’s not I guess, if you’re into buying the same game over and over again and proving time and time again that there are literally no industry standards that trump simple nostalgia.

I have a suggestion for when they actually do create GTA VI: If remakes and remastered games are not a cash grab then with each original purchase of GTA VI, players should get a pass to have a free copy of every remake of it for the next thirty years. How about that? I could live with that.

But .. then again that’s if we ever see a sixth entry.

*Disclaimer* I don’t know anything about anything in the gaming world but I do have one stupid theory as to why it has taken so long to see a fresh installment in the series and that is the absence of creative tour-de-force, Dan Houser. I choose to 100% believe that they have struggled to write a follow up without him.

Houser left Rockstar, the company he co-founded with brother, Sam early last year and I think that his loss hurt a lot more than Rockstar or Take-Two let on.

But one thing is for certain, I’m not buying those fucking remakes.

At least not until they become retro.

Guitar Hero II for the #ps2
Cmon
Cmon
A big thanks to all the friends I’ve made on here. This account has grown way faster and way bigger than I can justify. I don’t know what’s the matter with you people. I kid! 😂 😂🤗🤗
No one ever talks about Front Mission. #frontmission #ps #ps2 #videogames
Ooof.